Friends, I’ve been lost in a book. Rather a series.  Rather several series, but usually, I can suck myself out, back to the real world as I know it.  These last few days have been like childhood, only instead of me gasping exasperated at one of my sisters lost in Gone With the Wind, or my mother wrapped in a shroud of  a book I didn’t even know, I’m the culprit.  I’m the one locked in another world unable to escape its talons.  Only my talons seem permanently locked in the young adult section these days.  This isn’t Gone with the Wind literature, it’s escapism.  And heaven knows my sisters and my mother have all been trapped by plenty of the lesser genres, it is I who seem unable to grasp more than one element at a moment.  Mom always said I was an excellent chameleon.  And you know what, I like that analogy.  I love it.  I get a great passion from being able to roll with a certain fascination unabashedly for a period of time, then move on.  My sweet husband, he’s the same way.  That’s why I love him so much.  We take our hobbies by the quarter, or perhaps by the year, some in a continuing rotation, but always with unwarranted zeal.  Speaking of which, honey, where are your guitars?  I think they’re due a rotation. 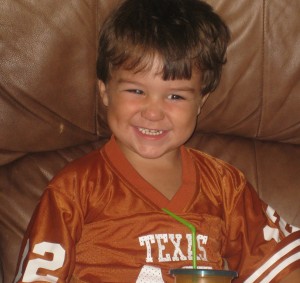 Luckily, my cooking – though at times extreme – seems unwavering.  When I wasn’t buried in a book this weekend, or gripped by an unnatural force to college football,  all the while in the background I’ve been cooking.  Much of it not blogworthy, but there are a few highlights I’d like to share.

Vegetable Soup [1] as written in the earlier link was NAILED this week.  Out of the park.  Some days I’m self-deprecating, but this was phenomenal.  The ham shank was cooked for over 4 hours and the broth was delectable.  All the stock veggies, onions, carrots and celery, were sauteed in olive oil for about 10 minutes – together- before being added to the broth.  The corn was fresh – 4 ears, resulting in a phenomenal crunch leaving nothing to be desired.  I also sauteed the kernels briefly about five minutes before addition.  The new red potatoes?  Also sauteed briefly.  Everything’s better roasted [2]?  Touché.  Everything’s better sauteed.  The flavor and freshness melted from this soup.  Do not skip these steps if you’re craving the best vegetable soup of your life. 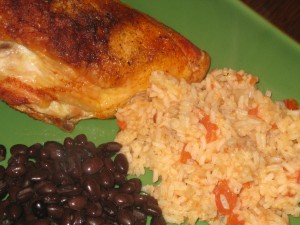 Express Rice [3] was a quick to the table version of the rice I was trying to make in Florida.  If you’re short on time, go with minute rice.  Use 1 and 1/2 c. minute rice and 2 c. chicken broth, but leave everything else the same ratios.  Only instead of simmering for 30 minutes, cover turn off the heat and let rest for 10 minutes.  A quick to the table way to rescue a bland minute rice side.

Family Barbecue Sauce [4] has been successfully re-engineered.  Or at least closely.  It’s out of the park, but I’m keeping that recipe secret, cause I just may want to sell it.  Just wanted to let you know, I am working on stuff in the background.

And with that, I must sign off, cause I’ll be up until four anyway.  I *will* finish the third book of the Mortal Instruments series tonight.  See you tomorrow.